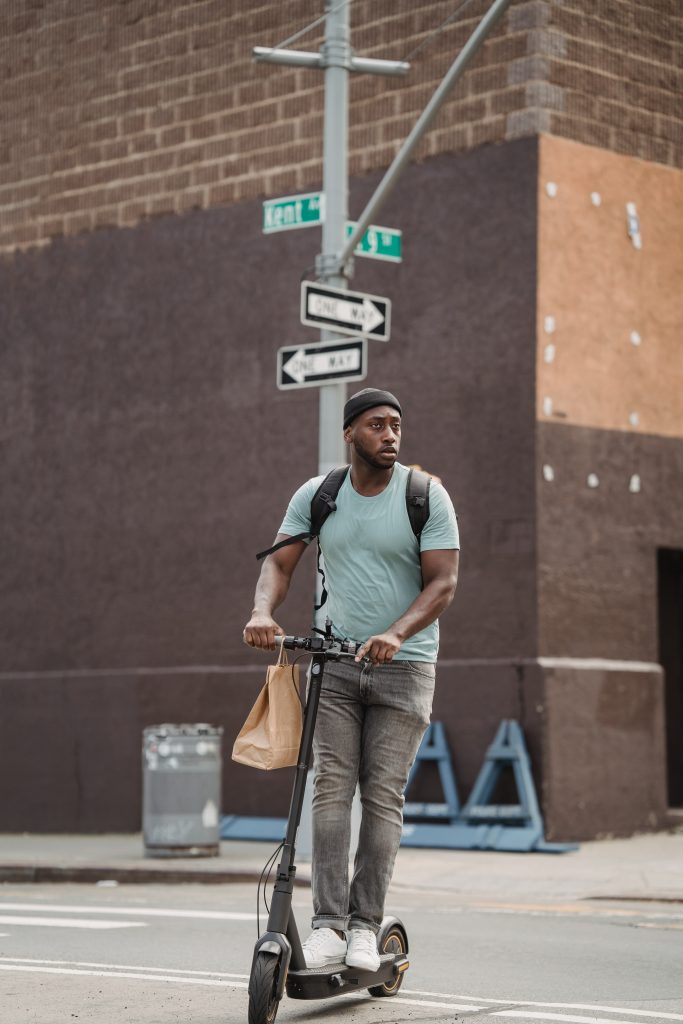 Injuries Caused by E-Scooters Accidents in New York City Are on the Rise, Putting Cyclists and Pedestrians at Even Greater Risk….

Emergency rooms in New York City have seen a sharp increase in accidents caused by e-scooters since they have been introduced to the city’s streets. In most of these accidents, it is not the e-scooter rider who sustains serious injuries, but the pedestrians and cyclists that they crash into.

E-scooters were legalized in New York City in 2020. Separately, the New York City Department of Transportation recently granted permits to three e-scooter sharing companies and allowed them, effective August 2021, to bring easy and affordable e-scooter access to parts of the Bronx. The trial program will last for a year and is eligible to be renewed and expanded if the program goes well.

Government officials who pushed for the e-scooter program in the City emphasized the need for transportation access in certain parts of New York, particularly for those who don’t own cars. They also argued that e-scooters may potentially ease traffic congestion by giving drivers and ride share users an alternative mode of transportation.

Before the Bronx program even began, however, the City was experiencing an increase in e-scooter related accidents and injuries. Since 2020, there have been 588 e-scooter accidents in New York. 538 of these have led to injury and three have led to the deaths of pedestrians.

As e-scooter technology improves, the scooters get faster and more powerful, increasing the risk of serious injury and even death for cyclists and pedestrians. The scooters are legally allowed to be ridden in streets where the speed limit is 30 miles per hour or under, or in bicycle lanes.

However, signs indicating where e-scooters can and can’t be ridden are being ignored, as shown by an accident at Riverside Park two weeks ago. In that accident, a pedestrian was struck and rendered unconscious, despite e-scooters being prohibited from the park.

Attorney Robin Herman, who represents pedestrians, cyclists, e-scooter riders and other injury victims for over 25 years noted that:

“These are not the Revel or Lime mopeds that have been popping up around the City that you can rent like a Citibike.  We are talking about the electric stand up ride on scooters with a deck to stand on.  The e-scooters being made now run the gamut from a beginner’s versions that goes relatively slowly to highly sophisticated models that can reach speeds of up to 50 mph and should absolutely not be allowed in New York City.”

When we hear about these horrific crashes with pedestrians and cyclists, and in the cases we have investigated, blame, often, but not always, rests with the scooter operator.  Especially when it is a pedestrian that is injured.  In the case of a scooter versus cyclist crash where you have two vehicles in motion, it often comes down to who should have just slowed down sooner.  This is New York.

The very unfortunate thing about a scooter rider causing a devastating injury to a pedestrian or cyclist is that unless that scooter rider is working for a company or is on company business, or has a homeowner’s insurance policy, there is no insurance coverage to pay the injured person for their medical bills, lost time from work, or pain and suffering.  Or in the worst case, like the tragedy that just happened to the actress Lisa Banes, to compensate her family for her death. Most of the e-scooters on the streets are privately owned by younger people who usually do not have insurance coverage for such a loss.

These e-scooters, like many other micromobility devices that have recently come on the landscape, can be a safe, environmentally friendly, socially distant and actually fun way to commute to and from work and to travel about the City.  The scooter operators need to ride with extra care, with both hands on the handlebars, and without being distracted by phone calls.  And please, no texting.

We pedestrians also have to change some habits. My family and I live in the City. We walk our dog daily across the new, dedicated bike lanes.  I believe they have helped save lives and made the City safer.  Yet, at the same time we tell our clients and our friends that times have changed and even the way we cross the street has changed.  We look both ways before stepping into any bike lane, especially on the one way streets.  In addition to the e-scooters, the delivery people are using electric bikes with high powered motors that go faster than the cars. There are electric skateboards, electric hoverboards and just recently I saw a gentleman standing on nothing but a wheel with two foothoods going at a good clip.

“Cross at the green and not in between” has become “Wait for the green, look both ways, then look again, on that you may depend.”