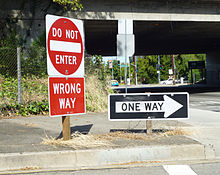 New Jersey – A New Jersey police officer who was involved in a deadly wrong-way crash earlier this year plans to file a lawsuit against the city reports say. According to the Associated Press, an attorney for the officer, Patrik Kudlac, 23, issued a tort claim notice regarding how the city handled a drunken driving ticket issued to another officer in a prior incident. Officer Pedro Abad in Roselle was issued a summons for a DWI after crashing his vehicle into a supermarket wall in 2011, but the charge was subsequently dismissed.

The notice is alleging that the handling of the case involved “negligence, fraud and/or official misconduct.”

Abad was found to have a blood alcohol level three times the legal limit during the crash that occurred in March in New York City, injuring Kudlac. Two other officers in the vehicle were killed.

The case is still reportedly under investigation. No charges have been filed against Abad in connection with the most recent crash.