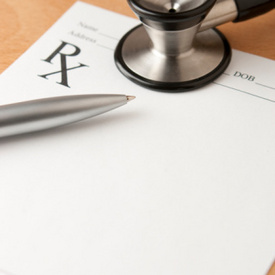 Staten Island, NY – An Oakwood medical office worker was arrested and accused of forging over a dozen prescriptions in order to obtain drugs illegally, as reported by Staten Island Live.

According to court documents, Laura Valle, 44, obtained either alprazolam, an antidepressant; zolpidem, an anti-anxiety medicine, or oxycodone, a painkiller, with bogus prescriptions. She did this on 16 separate occasions dating back to March 13, 2009.

Court papers also quote Valle, of Arlo Road in Grymes Hill, stating, “I wrote out the prescriptions. I did not have permission. I’m sorry.”

A law enforcement source would not clarify what pills Valle actually secured.

She was charged with 16 felony counts of forgery and possessing a forged instrument. She also faces accusations of misdemeanor counts of drug possession, fraud and deceit.