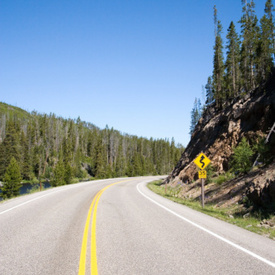 Chester County, PA – A teenage driver and one of his three passengers died Friday, September 10, 2010, after a two-vehicle crash occurred on State Road, as reported by The Philadelphia Inquirer. Neither the passengers, nor the driver were wearing a seatbelt.

Police reported that Arick T. Price, 18, of West Grove, was traveling along State Road, east of Meadow Woods Lane in London Grove Township when he approached a curve. Price reportedly drove to the left of the double yellow line to overtake and pass multiple vehicles traveling in the same direction.

As he attempted to pass the vehicles, his 1998 Plymouth Neon crashed head-on with a 2000 GMC Yukon. The Yukon was “lawfully approaching from the opposite direction,” according to police.

Price and the other passenger who was killed were pronounced dead at the scene. The 15-year-old’s name was not released.

A Lincoln University resident, Brittany L. Miller, 21, a 16-year-old passenger from Landenberg who was not identified, and all four occupants of the Yukon suffered major injuries. All six injured people were taken to Christina Hospital, as reported by police.

The driver of the Yukon was 48-year-old Henry E. Manlove, of Lincoln University. His passengers were Christy T. Manlove, and two 14-year-old girls. Only the adults were wearing seatbelts at the time of the crash.