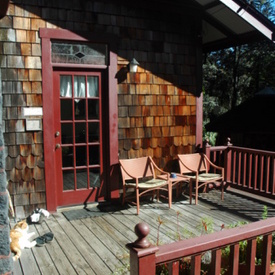 Oceanport, NJ – Three people suffered injuries after a second-floor deck on an Oceanport home collapsed Saturday, September 11, 2010, as reported by The Star-Ledger.

According to police, the homeowner and two houseguests walked onto the deck of the home on Horseneck Point Road when one side of the deck tilted and collapsed. Sgt. Steven Cioffi reported that two of the injured parties were treated at the scene of the collapse. One female, an unnamed guest, was transported to Jersey Shore University Medical Center in Neptune. She was treated for non-life threatening injuries, according to reports.

The Oceanport Building Department was called to the scene of the collapse to determine whether the deck was constructed properly and up to code.

The homeowners told police and the Building Department the deck was already attached to the home when they purchased it in 2004.