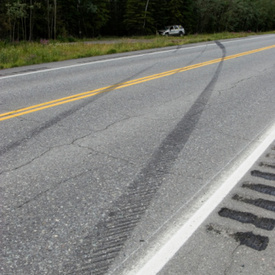 East Killingly, CT – An early Saturday morning car crash on September 11, 2010, led to the death of one person, as reported by WFSB. Connecticut State Police are investigating the motor-vehicle accident to determine the cause of the crash.

State Police said the vehicle driven by Richardo Lewis, 21, of East Hartford, was traveling westbound on Route 101 near the Rhode Island border when it left the roadway and struck a utility pole.

The driver was flown by LIFE STAR helicopter to UMass Hospital.

One of the passengers, Melvin Gordon, 25, of East Hartford, was transported to Providence Hospital. The second passenger in the vehicle, Steven Chandler, 22, was pronounced dead at the scene.

As of Sunday, September 12, 2010, the accident remained under investigation. Route 101 was closed from Pond Road to the Rhode Island state line on Saturday.