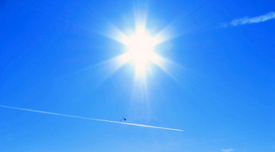 Two-year-old Haile Brockington never should have died, say the Miami wrongful death attorneys at Grossman Roth. Now her family and their lawyers want to make sure she didn’t die in vain. They’re bringing Haile’s case to the courts not only to seek justice and answers—but to make sure other children are protected and that child safety is made a priority, a necessity, and a mission.

“There are rules and regulations in place. If the bare minimums were complied with, this child would still be alive today,” Yaffa said.

Instead, the toddler died on August 5 after being left more than six hours in a sweltering van parked outside Katie’s Kids Learning Center, the Delray Beach day care facility she attended.

With the midsummer heat peaking at 91 degrees at 2 p.m., it wouldn’t have taken the toddler long to succumb, alone and forgotten, while strapped into her car seat. She was discovered about 4 p.m. by another child who was preparing to return home in the same van.

Grossman Roth’s Yaffa has filed a wrongful death lawsuit on behalf of Haile’s parents against Katie’s Kids’ two owners, Kathryn Muhammad and Barbara Dilthey, and the driver of the van, Amanda Inman.

The lawsuit alleges behavior that would cause any parent sleepless nights: drivers who, prior to Haile’s death, had a history of forging Haile’s mother’s name on the transportation logs the law required; prior incidents when children both on the bus and at the school had been forgotten and left alone; many occasions when no assistant, helper, or other employee were on the van—even though the law requires a second employee to verify log entries detailing the pickup and arrival of each of the center’s children.

Troubling, too, was Inman’s driving history—also unknown to Haile’s parents, or any other parents of the children attending Katie’s Kids. The 31-year-old had convictions for speeding, failing to yield, and improperly restraining a child, according to Florida records Traffic violations were not part of the background check that was performed before Inman was cleared to work at Katie’s Kids.

A state investigation is looking into the circumstances surrounding Haile’s case, and officials say that improvements to the way state agencies communicate and work with each other may result. Potentially, there could also be a central location for parents to look up inspection reports, complaints, and violations for day care centers in Florida.

Meanwhile, Haile’s parents and their attorneys at Grossman Roth see their lawsuit as a potent means for improving the process—and making sure wrongful deaths like Haile’s never occur again. While no arrests have been made so far and criminal charges may never result in this case, a wrongful death lawsuit could very well bring attention, answers, and changes—all resulting in improvements to child safety.

Those improvements are greatly needed in south Florida, says Grossman Roth’s Yaffa: “They violated the rules and regulations. The question is: What else are we going to find? It’s a miracle, given the information we’ve gotten in the limited time we’ve been involved, that this didn’t happen before.”

The Florida wrongful death lawyers would not say the amount of damages they would ask for, but said that no compensation would ever make things right. Mr. Yaffa said only improved child safety—and an increased focus on protecting the children under a third party’s care—would help Haile’s parents find some measure of peace and healing.