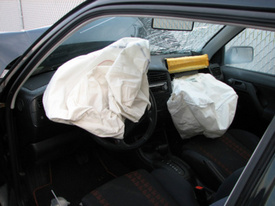 White Plains, NY – A Connecticut man admitted Tuesday, August 31, 2010, to driving while intoxicated as he traveled the wrong way on a New York highway and caused a head-on collision with another car, as reported by The Boston Globe.

According to a Westchester County District Attorney involved in the case, Martinez-Arenas drove southbound in the northbound lanes of Interstate 684 in the Town of Lewisboro on April 24. He crashed into a car that carried three women.

Martinez-Arenas now uses a wheelchair due to injuries from the crash.

He had a blood-alcohol level of nearly two and one-half times the limit, according to prosecutors.