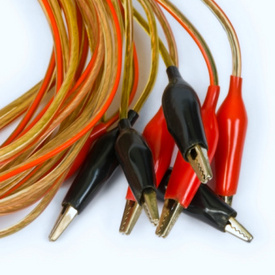 Dover, NH– The family of the 18-year-old Dover High School student who was shocked inside his classroom after clamping an electrified alligator clip to his nipple has decided to sue the school district, the city and the teen’s former teacher, as reported by the Union Leader. The teen’s shock was so severe his heart stopped.

Kyle Dubois and his parents, Robert and Sandra, filed the lawsuit in Strafford County Superior Court. The family alleges teacher Thomas Kelley did not warn Kyle and his classmates of the extent of injuries they could receive from the electrical demonstration cords in their electrical trades class.

The suit claims the teacher even encouraged Kyle to shock himself, and offered him a Mountain Dew in exchange for his actions.

The teacher has denied these allegations.

On March 11, 2010, Dubois willingly placed a clamp to one of his nipples, as did another student. A third student fed electricity to the cords, which sent a nearly three-second jolt through the teen, according to police.

The suit claims Kelley, “knew or should have known that the electrical circuits in his classroom could administer harmful or fatal shocks to his students.” It also alleges that Kelley was “less than eight feet away at the time and saw and heard the students engaging in this activity.”

Kelley claims he was speaking to another student when the even happened, and was not aware of the teens’ plans to shock each other.

The suit claims, “Kyle suffered brain damage due to his heart stoppage. He suffers from short-term memory loss and other losses and disruptions related to this incident.”

Kelley resigned about a month after the teen was hospitalized.