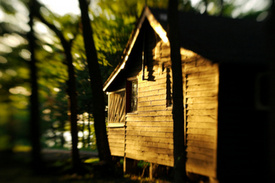 Keene, NH – A 19-year-old man from New Jersey faces three felony and one misdemeanor charge for attempting to tie up and sexually assault an eight-year-old girl, as reported by NJ.com.

The attempted assault occurred at a New Hampshire summer camp the man worked at.

Stephen Tecce, of Pittsgrove, NJ, is a maintenance worker at Camp Spofford, in Spofford.

Court documents report that Teece approached the girl in July. He led her to an empty nursery at the camp, where he attempted to tie her up and sexually assault her.

The little girl escaped and told her parents about the incident.

A court hearing on Wednesday, August 25, 2010 led to the discovery that Tecce has Asperger’s syndrome, a form of autism associated with difficulties in social interaction.

Tecce is currently free on bail.