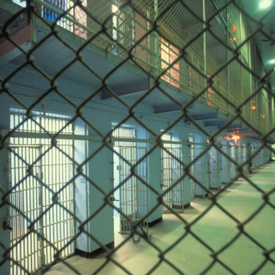 The medical examiner’s official cause of death is pending, but the chief of detectives and spokesman for the Hunterdon County Prosecutor’s Office Dan Hurley told the press head injuries were the cause.

Carl Epps, of Egg Harbor, was sentenced in July 2010 to a three-year term for robbery, according to authorities. He was transferred to the Mountainview Youth Correctional Facility on August 20.

The prosecutor’s office is working with the state Department of Corrections and State Police on the investigation into Epps’ death.

Hurley explained the high number of inmates who were present when the attack occurred is proving a challenge. Over 50 inmates were in the dormitory-style pod at 10:45, when the attack happened. Hurley said, “The joint task force continues taking statements.”

Epps had never been in prison before, according to a state Department of Corrections spokesperson.

Mountainview holds inmates between the ages of 18 and 30. The Star-Ledger reported that, as of Tuesday, August 24, 1151 inmates were housed at the facility.