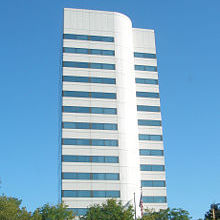 New Brunswick, NJ – A letter from the U.S. Food and Drug Administration, dated Thursday August 19, 2010, was sent to Johnson & Johnson’s DePuy Orthopaedics Inc., in order to make it clear the company was illegally marketing two products, according to the Star-Ledger.

The FDA stated DePuy Orthopaedics Inc. is selling one product that was never approved for sale and another product for uses which it was not approved for.

DePuy, based in Warsaw, Indiana, has been told to cease the sale of the hip system for unapproved uses and to provide the FDA with information necessary for the agency to approve the software.

The letter also states that the Corail Hip System is approved for total hip replacement in patients with six types of hip damages. According to the FDA, a DePuy brochure claims the system can be used for treatment of two other conditions.

A spokeswoman for DePuy declined comment, but said one will come later.