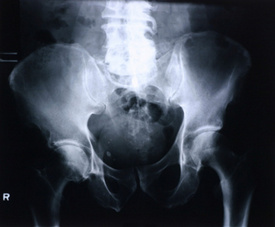 New Brunswick, NJ – DePuy Orthopaedics, a company owned by Johnson & Johnson, announced Thursday, August 26, 2010, announced that it is recalling two hip replacement implants because many patients required a second replacement after the initial one failed, as reported by The New York Times.

DePuy announced the recall was for the ASR XL Acetabular System, a total hip replacement system that is available worldwide and the ASR Hip Resurfacing System, a partial hip replacement that is supposed to preserve more bone. This product is approved for use outside of the United States.

Approximately 93,000 of the devices have been implanted into patients worldwide, according to DePuy Spokeswoman Lorie Gawreluk.

The company said most of the hip replacements using the ASR devices were successful, but advised those who have the implants to consult their doctor and to conduct annual monitoring.

DePuy also said it would pay for reasonable and customary medical costs, including new operations associated with the recalled products.

The high early failure rate of the ASR implants was reported previously during the year. At the end of 2009, DePuy announced it was phasing out the implant due to slowing sales. DePuy alerted doctors the implants may have high failure rates in March, 2010.

David Floyd, president of DePuy, said in a statement, “We regret that this recall will be concerning for patients, their family members and surgeons…We are committed to assisting patients and health care providers by providing information through multiple channels and paying for the costs of doctor visits, tests and procedures associated with the recall.”

On August 19, the FDA sent a letter to DePuy Orthopaedics Inc., telling the firm it was illegally marketing two products: the TruMatch Personalized Solution System and the Corail Hip System.