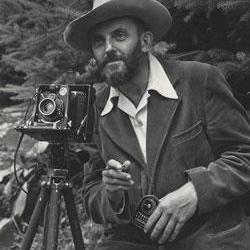 San Jose, CA – The group which represents Ansel Adams filed a lawsuit, Monday, August 23, 2010, against the California man whom is selling prints and posters under the name of the photographer, as reported by Time.

The Ansel Adams Publishing Rights Trust filed the lawsuit in federal district court in San Francisco. The trust was set up by Adams in 1976 to protect the integrity of his work and preserve his legacy.

The suit alleges trademark infringement, trademark dilution, false advertising and unfair competition, among others. The suit asks the court to order the defendants to pay restitution for their profits, among additional damages.

Rick Norsigian, of Fresno, and the consulting firm PRS Media Partners are the defendants. He claims to have bought the negatives 10 years ago at a garage sale for $45. He says he noticed a resemblance between the negatives and the well-known photographers landscapes of Yosemite National Park. Upon growing suspicions, he hired a team of experts to authenticate them.

In July, Norsigian’s lawyer announced that the 65 negatives were studied for six months, and deemed them to be Adams,’ “beyond a reasonable doubt.” The collection, he claimed, was believed to have been destroyed in a 1937 fire at his Yosemite studio.

Norsigian set up a website to sell prints made from the negatives. Posters begin at $45 and darkroom prints range up to $7,500, complete with a certificate of authenticity.

The trust has never believed the claim, and has called it a fraud from the beginning. Bill Turnage, the trust’s managing director, stated, “I’m sure Ansel never would’ve imagined a scam on this scale…I never thought it would come to this, but we have to try to do our duty to protect his work and reputation.”

The lawsuit also brings to light the notion the negatives belong to another photographer, the late Earl Brooks. Brooks’ niece came forward after the negatives were deemed to be Adams’ and stated they may be her uncle’s work.

The suit also points out that even if the work was Adams’, the prints and posters created from them are not. If anything, according to the suit, they are “derivative works at best.”

Norsigian’s lawyer disputes the claims, stating the lawsuit has no merit and is a tactic to harass his client.