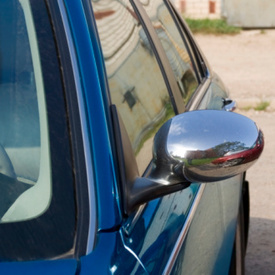 Newark, NJ – Newark police are investigating a vehicle they believe to have been involved in a hit-and-run that took the life of a 5-year-old girl Thursday, July 22, 2010, as reported by The Star-Ledger.

He added, “It’s a suspicious vehicle under investigation.”

The five-year-old girl’s name was not released. Police reported she died Thursday evening at University Hospital a short time after she was struck at South Orange and Columbia avenues around 8:30 p.m.

Witnesses to the hit-and-run reported to Newark Police that the vehicle involved in the wreck was a late-model Mercedes-Benz that was either blue or black, according to Newark Police Department spokesman Detective Hubert Henderson.

The little girl was crossing Columbia with her 11-year-old sister when the crash occurred, according to a spokeswoman from the Essex County Prosecutor’s Office.

The accident happened right in front of the girl’s home on Columbia Avenue, between South Orange Avenue and Plymouth Street.

As the investigation continues, a memorial has been erected on the front steps of a Columbia Avenue home.