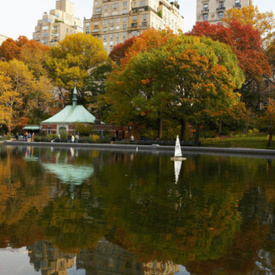 The new law lowers allowable phosphorus contents in dishwasher detergent from 9 percent of weight to 0.5 percent. The law also targets lawn fertilizers; in 2012 fertilizer allowances will go from 3 percent phosphorus by weight to 0.67 percent.

Environmental officials applaud the new measures, explaining that phosphorus drains into lakes and rivers and create algae that turns the water green. Drinking water is degraded and fish are deprived of oxygen. Over 100 bodies of water in New York are considered impaired.

New York is the 17th state to enact phosphorus-restricting laws.

The portion of the law that targets fertilizers prohibits the application of the chemicals between December 1 and April 1, or near surface water. Exceptions to the regulations include new lawns, or tests that show a lawn has too little phosphorus. Agricultural and garden fertilizer is not affected by the regulations.