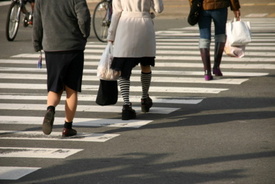 According to officials, at least 20 miles of roadway will receive “intensive safety redesigns,” which include intersection islands to offer pedestrians refuge amid large, busy avenues.

A recent review of over 7,000 automobile accidents in the city resulted in the changes, according to city officials. Transportation Commissioner Janette Sadik-Khan explained, “It’s a huge study that has significant findings, and we have a really ambitious action plan.”

The city has a goal of bringing traffic fatalities to 137, annually, by 2030.

The Department of Transportation also plans to reduce neighborhood speeds from 30 mph to 20 mph.

The new safety tools will be focused along wide thoroughfares such as Broadway in Manhattan, Fordham Rd. in the Bronx, Queens Blvd, in Queens, Fourth Ave in Brooklyn and Hylan Blvd. in Staten Island.