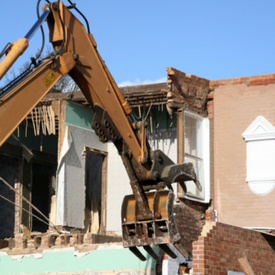 According to the release, Jones Payne of Mass., will pay the full fine for its failure to provide EPA with written notification of its intent to demolish 146 residences during a Noise Management Program and voluntary land acquisition at the T.F. Green Airport in Warwick, Rhode Island.

The EPA reported the Respondents demolished 146 residences from September 2004 to December 2008. While the demolition of a single-family residence is exempt from Asbestos NESHAP requirements, the exemption is not valid when the demolition is for a larger, commercial project.

By federal law, the owner or operator of a demolition activity is required to provide the EPA with written notice of intent to demolish or renovate prior to the project’s beginning.

Based on inspections conducted by Rhode Island Department of Environmental Management during the demolition, other work practice requirements of the Asbestos NESHAP were met. There were no risks posed to human health or the environment as a result of the violations.

The EPA provided the following links for information: