UPDATE: Bridgeport CT house where firefighters died was not permitted 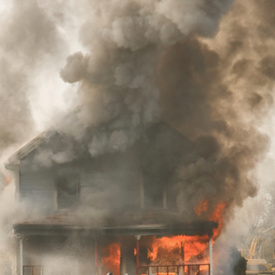 According to the Connecticut Post, the three-story home on Elmwood avenue was build as a two-family unit in 1909. No permits were ever issued to add an apartment on the third floor where Baik and Vaelasquez died.

The lack of permit makes it unlikely that officials ever inspected the third-floor to ensure proper fire exits.

The owner of the property, Joan Burnett-McFarlane, could not be reached for comment Tuesday, July 27.