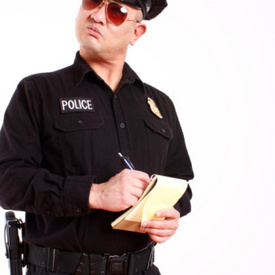 New York, NY – The city reached a $300,000 agreement on Monday, July 12, 2010, to settle a sexual harassment suit against a male officer that was filed by two fellow male officers, as reported by New York Daily News. Lieutenant Kieran Crowe was accused to fondling himself in front of two male sergeants in 2008.

Sgt. Dominic Coppola will receive $175,000 and Sgt. Sean Gallagher will get $125,000 in the agreement that was reached in Manhattan Federal Court.

Crowe’s defense was that he had jock itch. A dermatologist testified that Crowe received treatment for the condition for 10 years.

When asked about the harassment, Crowe responded, “It is possible because of medical conditions, but never in the way that these complainants have said.”

Crowe’s lawyer explained, “He [Crowe] paid nothing, he did nothing, he admitted nothing,” adding, “If the city wants to pay these people, that’s their choice.”

Coppola remains on the force. Gallagher is the chief of a small police department in Washington state.