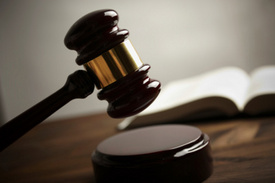 Camden, NJ – A 51-year-old former Camden police detective was sentenced Friday, June 25, 2010 to one year of probation for two counts of harassment and one count of tampering with or fabricating evidence, as reported by the Philadelphia Enquirer. Keith Hicks served on the force for 19 years.

Hicks was suspended from duty in August 2009 after being charged with “offensively” touching women and filing police reports, according to authorities.

On April 4 and July 9, Hicks, while in uniform but off duty, ordered two women into his personal vehicle and sexually touched them, according to authorities. One of the women was later charged with loitering.

Then on August 3, Hicks picked up a third woman who had a warrant for her arrest. Prosecutors alleged that Hicks demanded she partially undress while in the squad car. Hicks was also charged with faking information in his police log, as he said he picked the woman up at a different location than was true and drove around the city for 45 minutes before bringing her in.

In March, Hicks pleaded guilty to the charges. The judge who oversaw the case, Superior Court Judge Irvin J. Snyder, said, “You let your community down by what has taken place and you have probably let yourself down and your family down.”

Hicks’ pension was significantly reduced due to the fact that did not reach the 20-year-mark of service. It is unclear whether he will be forced to forfeit the remainder of it though.

If Hicks violates his parole, he may face 20 months in jail.