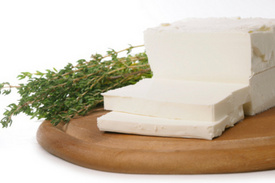 Marshfield, MA – On May 6, 2010, Mt. Vikos, Inc. announced a voluntary recall of all size packages and lot numbers of Mt. Vikos Brand Manouri – Sheep and Goat’s Milk Cheese. The packages carry the potential to become contaminated with Listeria monocytogenes, according to the FDA press release.

Listeria monocytogenes is an organism that can cause serious and sometimes fatal infections in young children, weak or elderly people and others with weakened immune systems. Healthy people may only suffer symptoms in the realm of fever, severe headaches, stiffness, abdominal pain, diarrhea and nausea. A Listeria infection may also cause miscarriages and stillbirths among pregnant women.

Those within the food service industry who purchased the cheese for resale to consumers may repackage the cheese in food service/deli counter random weight packages for consumers.

Mt. Vikos, Inc. is asking for food service customers to notify consumers who may have purchased the product.

The cheeses were distributed nationwide to customers for the retail and food service markets.

The company has notified their customers of the issue and pulled the products from retail stores and food service market.

No illnesses were reported.

Mt Vikos determined that one lot of Mt. Vikos Manouri cheese that was distributed to the marketplace contained the organism Listeria monocytogenes, which prompted the recall.

Mt. Vikos is working with the FDA to conduct the recall.

The two organizations state that consumers should destroy the products immediately. Consumers who purchased the cheese are urged to return it to the place of purchase for a full refund. Those with questions are directed to call Mt. Vikos at 781-834-0828 between the hours of 8 a.m. and 4p.m. ET.