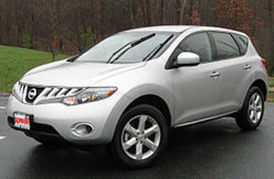 Boca Raton, FL – A 14-year-old girl was charged with carjacking, marijuana possession and a traffic offense after a short ride down Dixie Highway on Wednesday, May 5, 2010, as reported by the Palm Beach Post.

As a 12-year-old girl waited in the passenger seat of a 2003 Nissan Murano while her father paid for gas inside a Valero convenience store, a 14-year-old girl hopped in the vacant driver’s side seat and kicked the daughter out.

The 14-year-old then sped away from the station located on the 1300 block of North Federal Highway.

Shortly after the carjacking, Boca Raton police spotted the vehicle headed north on Dixie Highway approaching Yamato Road. Officers laid spike strips in order to stop the girl as she turned onto Second Avenue. In efforts to avoid the strips, the girl turned into a parking lot.

Of course, the girl was stopped as police cars followed her into the lot. One officer blocked her from behind, and as he was getting out of the car, the girl put the stolen vehicle she was driving into reverse and backed into the police car.

The officer was not injured and the girl was arrested.

She told officers she and her friend walked to the gas station and sat on a bench for three hours. When the Murano was left running with a 12-year-old girl in the passenger seat, the girl’s friend told her to take the car.

After doing so, the 14-year-old picked up her friend, dropped her off near J.C. Mitchell Elementary School and was planning on driving north to Delray Beach to visit another friend.

Her plans were foiled after her arrest though, as she was taken to the Juvenile Assessment Center near West Palm Beach. She was charged with carjacking, possession of marijuana, driving without a driver’s license and improper backing, according to reports.

The girl also admitted to involvement in another carjacking that took place at the same gas station on Tuesday, May 4. The investigation continues and charges are pending, according to police.