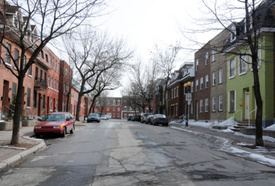 A Yonkers man called police after being badly beaten in a Tuckahoe apartment.

Tuckahoe, NY (www.NewYorkInjuryNews.com) – A Tuckahoe man was arrested and charged Monday, April 26, 2010 for the brutal beating of a Yonkers man over the weekend, as reported by LoHud.com

According to police reports, 55-year-old Dominick Dirienzo was leaving a South Sixth Avenue methadone clinic in Mount Vernon at approximately 8:50 a.m., when village police Detective Abelardo Bautista and Officer Larry Rotta apprehended him without a fight.

Police had been searching for the man since the Saturday morning fight that left another man seriously injured.

The 54-year-old victim suffered a broken right orbital bone, fractures on both sides of his nose, a cut above his right eye and a gash on the back of his head that required 10 sutures.

Police indicated the victim had been residing in an apartment belonging to Dirienzo’s girlfriend. When Dirienzo told the man to leave the apartment and the man refused, a fight ensued.

Dirienzo told police he was acting in self defense.

Dirienzo was charged with first-degree assault, a felony, and is being held without bail in the Westchester County jail in Valhalla. His next court date is May 4, 2010.