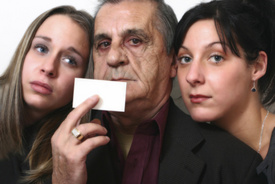 Legal news for Pennsylvania personal injury attorneys – A retired gynecologist has been accused of supplying teenage girls with drugs, alcohol and gifts, then soliciting sex.

Manayunk, PA (www.NewYorkInjuryNews.com) – A retired Manayunk doctor was arrested Thursday, April 22, 2010, after a 16-year-old girl accused him of rape, as reported by the Philadelphia Enquirer. Allegations of the ex-gynecologist throwing wild parties for teenagers that included drugs and alcohol have also surfaced.

Tawfik Nakishbendi, 61, was arrested outside his home on Lemonte Street near Mansion. He was charged with rape, aggravated assault, sexual abuse and other related offenses.

The arrest came after an April 9 anonymous complaint was made stating he may have been providing substances to teenagers and then engaging in sex with them, according to police spokesman Lt. Frank Vanore.

The police investigation led them to the 16-year-old victim who has now pressed charges.

The mother of the teen, Denise Durkin, of Roxborough, told police that her daughter’s friend’s aunt was once married to Nakishbendi. He began hosting the parties for the teens after his wife committed suicide.

Durkin claimed her daughter informed her up to 25 teenagers attended some of the house parties at some points, and that he would supply the underage kids with liquor, beer, prescription drugs and marijuana.

The teenager alleged Nakishbendi was known as “Sugar Daddy” because he would take the teen girls out and buy them jewelry, clothes and food. The teen decided to come clean about the man’s actions after he asked for nude pictures of her.

The teen’s mother told reporters her daughter never went to the man’s house again after he propositioned her for the photos. She explained, “Grown women sometimes can’t protect themselves in situations like that, and for a child to be put in that situation is that much harder.”