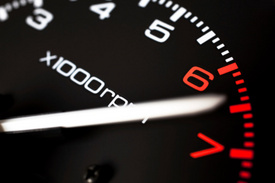 Legal news for Connecticut automobile accident attorneys – A 20-year-old man faces charges of negligent homicide for the 2009 crash that killed a NY father of three.

Hillsboro, CT (www.NewYorkInjuryNews.com) – A Hillsboro man was arrested Thursday, April 22, 2010, and charged with negligent homicide for causing a crash that killed a New York man, as reported by the Concord Monitor.

Simoes was free on $10,000 personal recognizance bail and is currently scheduled to appear in Henniker District Court on May 11, 2010 for a hearing on probable cause.

Police reports stated Simoes was driving a 2006 Scion when it crashed into a Dodge Caravan, killing the van’s driver, Robert Mercurio, 46, of Whitesboro, NY.

Simoes was injured from the crash and his passenger, now 18-year-old Zachary Kozdra, suffered a serious head injury that required rehabilitation, according to police.

Henniker Police Chief Ryan Murdough stated in an affidavit that the Scion was traveling at a speed of approximately 112-115 mph when it lost control and smashed into the van. Murdough reported the road and the weather were in great conditions the day of the crash.

The case was delayed due to the 2009 Supreme Court decision that raised the ramifications for proving driver negligence. The court decided that driver inattention did not necessarily constitute negligence, which gave the prosecution a bit of conflict.

The case is expected to go before a grand jury in late May.