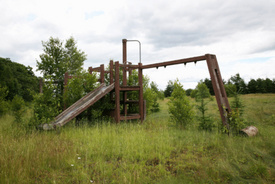 Legal news for Pittsburgh personal injury attorneys – A daycare operator and caregiver have been charged in connection with the 2008 death of a 10-month-old girl.

Police charging two women with endangering welfare of an infant.

Pittsburgh, PA (www.NewYorkInjuryNews.com) – A day care operator and a caregiver from the facility were charged with endangering the welfare of an infant, Monday, April 26, 2010, almost two years after a baby girl was killed by a 7-year-old, as reported by Pittsburgh Post Gazette.

Loretta Bray, 48, who was the operator of the now defunct Bray’s Family Day Care, and Ashley Swan, 21, an employee, turned themselves in to face charges, according to Pittsburgh police.

In the criminal complaint that spurred the arraignment, police stated that Bray’s failure to leave a qualified staff member in charge during her absence at the facility resulted in the death of 10-month-old Marcia Poston.

Apparently, Swann was not certified to work at the day care. Bray had asked her to supervise several children while she left the day care to run errands on June 6, 2008.

Swann left five children unsupervised for over 20 minutes while she changed her son’s diaper and made lunch for the children, according to reports.

When she returned, the child was on the floor, surrounded by blood.

Authorities believe Bray’s 7-year-old granddaughter beat the baby and dropped or threw her onto a carpeted cement floor. The impact fractured the baby’s skull.

Marcia died of excessive blunt-force trauma to the head.

Police reported the 7-year-old girl admitted to taking the baby from her baby chair and smashing her head onto the floor.

Police never charged the child, because she was seven.

Bray’s granddaughter was placed in foster care and the day care closed after the incident.

Following the arraignment, both women were placed on $10,000 bail.