Federal report for Massachusetts firefighters: Seatbelts should be required 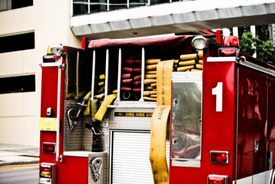 Legal news for Massachusetts firefighter attorneys – An investigation into a fatal fire truck crash has concluded that firefighters should be required to wear seatbelts.

Boston, MA (www.NewYorkInjuryNews.com) – A recently released investigation report states that Massachusetts should enact legislation that requires firefighters to wear seatbelts and be tested on air brakes before they are permitted to drive trucks, as reported by the Boston Globe.

The report looked into a 2009 fatal fire truck crash in Boston.

The investigation was conducted by the Firefighter Fatality Investigation and Prevention Program of the National Institute for Occupational Safety and Health, (NIOSH) http://www.cdc.gov/niosh. It concluded that the lieutenant and the two firefighters who were involved in a fire engine crash in January 9, 2009 were not wearing seat belts. The crash killed the lieutenant. Also, the driver was not properly trained to use air brakes.

Boston FD regulations did not require fastened seatbelts at the time of the fatal truck-building collision.

The report stated, “Due to the severity of the fatal incident, a seat belt may not have saved the victim, but is recommended as a good safety practice.”

Kevin M. Kelly was the fire lieutenant who lost his life when Ladder 26 slammed into an apartment building in Mission Hill. Three other firefighters in the truck sustained treatable injuries.