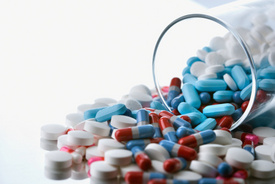 Legal news for Pennsylvania automobile accident attorneys – An Ambler man was arrested on charges of vehicular homicide for the March accident where he ran over a 13-year-old boy.

Man was on clonazepam, methodone and marijuana when he struck and killed boy.

Lower Gwynedd Township, PA (www.NewYorkInjuryNews.com) – A 25-year-old Ambler man was arrested Tuesday, April 20, 2010, for the March 17 incident in which he hit a 13-year-old on a scooter at 63 mph, as reported by the Philadelphia Enquirer.

Andrew Richard Meyers was charged with vehicular homicide, driving under the influence of a controlled substance, speeding and reckless driving.

On March 17, 13-year-old Natan Leuhrmann-Cowen, of Pennyn, was struck by Andrew Meyers’ Ford Ranger pickup truck, which was traveling at 63 mph. The speed limit for the road was 25 mph. Lower Gwynedd Township Police Chief John P. Scholly said the street where the accident occurred is a “winding street with cars parked that wouldn’t lend itself to excessive speed.”

Police reports indicated that the man steered into the victim in the opposite lane he was traveling in.

The truck dragged the boy 140 feet before finally stopping. The victim was found at the corner of Brights Lane and Cindy Circle near the truck after the incident. He died of multiple injuries at Abington Memorial Hospital at 8:45 p.m. that evening.

The boy was described as “energetic” and “spunky.”

At the scene of the accident, Meyers refused a blood test. Police obtained a warrant and blood was drawn and tested at 10:17 p.m. at Lansdale Hospital.

The test revealed the presence of clonazepam, methadone and Delta-9 THC.

Meyers admitted to being a heroine addict who was self-medicating with methadone and clonazepam that he was acquiring illegally.

Meyers was arraigned before District Court Justice John S. Murray III in Blue Bell. His bail was set at $60,000. A preliminary hearing was scheduled for April 30.