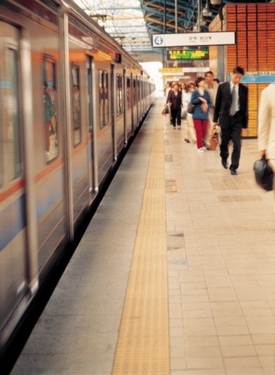 Legal news for New Jersey train accident attorneys – A settlement was reached over the 2006 accident that resulted in a girl’s broken arm and leg and amputated thumb.

Belmar, NJ (www.NewYorkInjuryNews.com) – A $1.2 million settlement was reached between New Jersey Transit and a 19-year-old Belmar woman for a 2006 accident where she was struck by a train, as reported by the Asbury Park Press.

The March 23 settlement was the result of a case brought by Alycia Byrne-Navarez. According to the suit, then 16-year-old Byrne-Navarez was struck by a northbound train on July 2006, resulting in a fractured arm and leg and the amputation of one of her thumbs.

According to reports, the girl stepped off a southbound train in unison with 10-15 other passengers. After the train left the station, the passengers then crossed the tracks. Byrne-Navarez, who was ahead of the other exiting passengers, was struck by a northbound train entering the station.

The girl did not see the other train approaching, according to sources at the time of the accident, because she (and the others) were within the crossing gates already.

A short time after the incident, NJ Transit announced it would be making safety upgrades at 33 stations across the state. The changes were in efforts to steer passengers exiting trains away from the tracks and behind the crossing gate before crossing the tracks.

The now-19-year-old woman’s attorney told reporters that some witnesses to the event reported the gate was not working at the time. But, others reported that the gate was down, which was the Transit’s position as well.

The case was heard in Superior Court in Freehold.