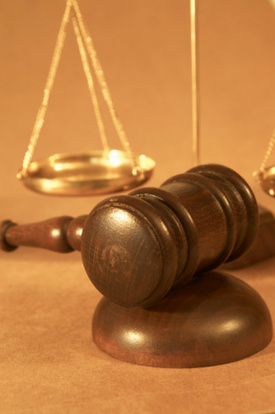 Legal news for Pennsylvania automobile accident attorneys – A man who drunkenly struck two pedestrians, which resulted in the death of one, was sentenced to seven to 14 years.

Philadelphia judge finds man guilty of vehicular manslaughter while driving under the influence.

Philadelphia, PA (www.NewYorkInjuryNews.com) – A Philadelphia judge sentenced 20-year-old Joseph Genovese to seven to 14 years Tuesday, April 13, 2010, for a drunk driving crash that killed one and injured another, as reported by www.stltoday.com.

The sentence is the result of a July 10, 2008 incident where an intoxicated Genovese ran a red light and struck 53-year-old Cindy Grassi and now 37-year-old Sandra Wacker.

Grassi succumbed to her injuries two days after the crash on July 12, after being taken off life support. Wacker sustained a traumatic brain injury (TBI), broken ankle and bruised lung. She spent three weeks in a coma after the incident, and surgeons had to remove part of her skull to reduce brain swelling.

The women were dedicated Cardinals fans and had traveled to Philadelphia to watch their endeared team play the Phillies.

Genovese pleaded guilty to four charges in relation to the crash in February, including vehicular homicide while driving under the influence. He read a statement of apology after the trial as well, but according to the Assistant District Attorney, it had little effect on Grassi’s family.

Genovese allegedly had been arrested seven times prior to the crash and one more time after it.

According to reports, the Philadelphia judge doubled the amount of Genovese’s mandatory minimum sentence by running them consecutively. The judge equated the man’s actions to “firing a gun into a crowd.”

Wacker still has a metal plate in her ankle and will probably be required to take anti-seizure medication for the rest of her life. This past fall, she returned to full time teaching at Mark Twain Elementary School.