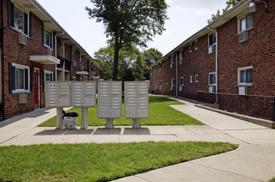 Lebanon, PA (www.NewYorkInjuryNews.com) – A group of retirement community residents at the Willow Terrace non-profit high rise has raised concern over the system used to validate healthy tenants, as reported by FOX 43.

The group is claiming the sliding “stat” system, a program where tenants slide a lever at their mailboxes every day to indicate they are well, is flawed, and one of their friends who was found dead on Monday, April 12, 2010, may have been dead days before being found.

According to the tenants, each day when they check their mail, they slide a lever on the top of their mailbox indicating they are well and have been up and moving around that day. If the lever is not moved, management is supposed to telephone the resident to validate wellbeing. If there is no answer, management will then go to the apartment and physically check on the person in question.

The problem is, the residents are claiming other people are moving the stat levers. Resident Sharon Zern told reporters, “I come down at 5 a.m. and mine has been moved already. That’s the first time that day I’ve been downstairs.”

A group of senior citizens have become especially wary after 72-year-old Myrle Brant was found dead Monday morning. Some of the residents claimed the woman had not been seen since that Thursday prior. Furthermore, some other residents allegedly reported an odor coming from her apartment as early as Saturday. Management never checked on her though.

Six residents told FOX 43 they believed someone was moving Brant’s stat after she was dead.

The group also pointed a finger at the CEO of Willow Terrace, Charlie Rush. The residents claim they have asked for a security camera at the mailboxes for over a year, but to no avail.

The Lebanon County coroner told reporters the woman died of natural causes, though he declined to give a date and time of death.