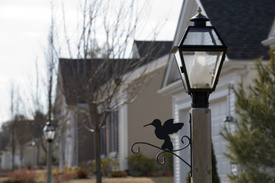 Legal news for Maryland wrongful death attorneys – The parents of a 14-year-old who was killed after receiving gang threats have filed suit against school and parents.

Crofton, MD (www.NewYorkInjuryNews.com) – A $10 million lawsuit was filed Tuesday, April 13, 2010, against the Anne Arundel County Board of Education and others, in response to the death of a 14-year-old boy who was killed in gang-related violence, as reported by the Baltimore Sun.

The lawsuit, filed by Jennifer Adkins and David Jones, parents of Christopher David Jones, claims school officials knew the child faced violent threats and did nothing to protect him. The suit seeks $200,000 from the public school system, which is the maximum allowed by state law.

Adkins and Jones are seeking $10 million from the parents of two teens who struck their son, the parents of three juveniles and an 18-year-old who allegedly encouraged the violence. The family’s attorney told reporters the goal of the suit is to force accountability out of people.

The incident happened at approximately 4 p.m. May 30, 2009 on Nantucket drive, only a few hundred feet from his mother. The boy was bicycling home when a small group approached him. Two assailants delivered a blow a piece, one on each side of the face. The blows damaged an artery and Christopher fell to the ground as he struggled to make it home. He later died of injuries sustained from the punches.

While Christopher was not involved in any of the suburban gangs in Crofton, he had friends in a group that called themselves The New Threat, or TNT. This group was apparently feuding with another suburban gang known as the East Side Diamonds, or ESD.

The suit claims Tanja Wheeler, then an assistant principal at Arundel High School, knew Christopher faced fatal threats but failed to do anything to prevent the violence. The family claims Adkins called Wheeler repeatedly before Wheeler would meet with her, where she advised the boy be transferred to South River High School. The suit further claims Adkins agreed to transfer her son after Wheeler vowed to notify the county police and other authorities of the incident. Wheeler “failed to take any action to fulfill these promises,” claims Adkins, thus putting Christopher’s life in “imminent danger.”

The boys who caused Christopher’s death were convicted of manslaughter as juveniles. They were 14 and 16 at the time, and could be kept in juvenile facilities until they turn 21.