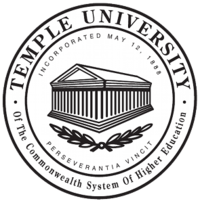 Legal news for Philadelphia automobile accident attorneys – A Temple University student who was suspected in a hit-and-run accident that seriously injured one surrendered.

Philadelphia, PA (www.NewYorkInjuryNews.com) – A senior at Temple University turned himself in to police Wednesday, April 14, 2010, as the hit-and-run driver who critically injured a Temple University Law School student, as reported by Philly Online. The injurious incident happened Sunday April 11, 2010 on the Benjamin Franklin Parkway.

Nicholas Hasselback, 22, of East Falls, surrendered to authorities at approximately 2:30 p.m., and was accompanied by his parents and attorney. The Daily News had reported on Monday, April 12, that Hasselback was the driver of the automobile police had towed on the suspicion of its involvement in the hit and run.

Hasselback has been charged with leaving the scene of an accident involving injury, aggravated assault and other offenses.

Hasselback was due to graduate this May.

On Sunday, at approximately 2:30 a.m., Hasselback was driving a white car west on Benjamin Franklin Parkway and struck Tony Foltz, 25, as he was walking north on 22nd Street. The car then sped away.

Foltz, in his third year of law school, suffered a skull fracture and injuries to his right arm and leg. On Wednesday, April 14, he was still in critical condition. He too was set to graduate in May.

Hasselback’s lawyer was unavailable for a phone call from the Daily News.

It is unknown whether Hasselback has given a statement.