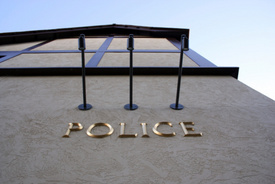 Family claims police used excessive force in arrest of son, which resulted in his death.

Springfield, MA (www.NewYorkInjuryNews.com) – A complaint on behalf of a man who died after a police chase has been filed with the Springfield Police Department alleging excessive force, as reported by The Republican.

Clyde D. Ratcliff, 48, of Springfield, died following a car crash after a police pursuit on March 27, 2010. He crashed into a cinder block wall outside a house on Grenada Terrace, and was then pulled through the window from his car by police. He reportedly complained of difficulties breathing and told emergency medical technicians that he had a heart condition. Ratcliff stopped breathing in the ambulance and later died at Baystate Medical Center, according to police.

An autopsy was performed but has yet to be finalized. The cause of death has not been determined, but police reported there were no signs of physical trauma.

Officials reported there is an ongoing thorough investigation of Ratcliff’s death by the Police Department and the Hampden County District Attorney.

Community activists demonstrated in front of the U.S. Attorney’s office Friday, April 9, before presenting a letter asking for an independent investigation into allegations of brutality, excessive force, corruption and cover-up performed by the Springfield Police Department. The Ratcliff family joined the demonstration.

Sgt. John M. Delaney, an aid to the Police Commissioner, said the department conducts thorough and transparent investigations of any allegations of police misconduct. He told reporters, “Nothing is ever covered up.”

Ratcliff is survived by two parents, three siblings, five children and an ex-wife.