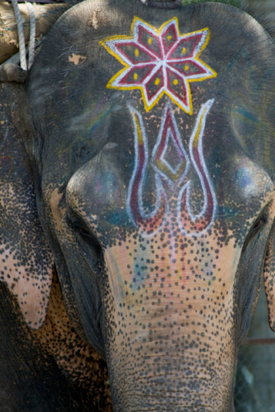 Legal news for Pennsylvania workplace accident attorneys – OSHA will investigate the circumstances that led to a James Hamid Circus elephant killing a trainer.

Wilkes-Barre, PA (www.NewYorkInjuryNews.com) – A circus trainer died after being kicked by an elephant that was startled by electrical wires, as reported by CNN.

According to reports, people at the Irem Shrine in Wilkes-Barre, which was the host for the James Hamid Circus for the week of April 5, 2010, rushed to aid the trainer but to no avail. Andrew Anderton, 48, died from multiple traumatic injuries.

Those involved were not positive as to what caused the elephant to spook, but police Lt. Steven Oshefski told reporters that the elephant did come into contact with electrical wires. Circus walkers calmed the elephant after the incident.

It did not participate in the scheduled performance.

The incident has been classified as a workplace accident and is being investigated by the Occupational Safety and Health Administration, (OSHA) www.osha.org.

A balloon vendor with the circus described the event as shocking, and told reporters that in his 30 years working with the circus he has never heard of any sort of animal-related deaths.

A spokesperson for PETA stated, “It should come as no surprise that elephants and other animals sometimes snap and attack circus employees and members of the public.”

While the circus did have a moment of silence for the killed trainer, it is reported that the organization decided keep the scheduled performances immediately after the death.