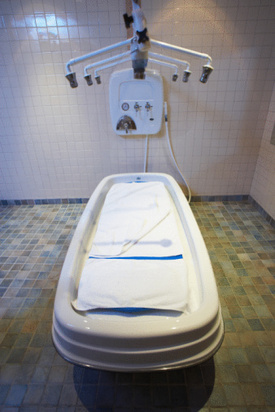 Queens, NY (www.NewYorkInjuryNews.com) – A Queens spa owner is accused of performing an illegal liposuction on a woman and then injecting the fat into her buttocks, causing a septic infection, as reported by New York Daily News.

Barbara Nieto, 27, of Nieto’s Perfect Image Stethics in Corona, was charged Friday, April 9, 2010, with assault, reckless endangerment and unauthorized practice of medicine. Prosecutors believe more victims may be out there.

On March 20, 2010, Augusta Velez, 23, went to Neito to have fat removed from her stomach and injected into her buttocks. Velez was told to return for massage sessions after the procedure, but within days, was debilitated by intense pain and high fever. A week after the procedure, the patient had abscesses on her buttocks and needed surgery to avoid a life-threatening septic infection.

Nieto also operates Bell Stetika Esthetics in Elmhurst. She has not been available for comment, as of Tuesday, April 13, 2010.

In December 2009, a woman filed suit against the Elmhurst location Bell Stetika, claiming she suffered disabling injuries after a 2007 buttocks procedure.

Fox News reported that Nieto faces up to seven years in prison if convicted. She is due in court on April 27, 2010.