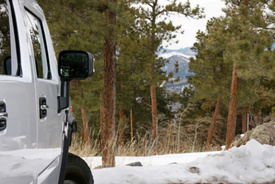 Legal News for New York aviation attorneys – A plane crashed just after taking off in Union Vale, resulting in both pilot and passenger being taken to burn center.

Two people were injured after their plane crash landed in the woods near Sky Acres Airport.

Union Vale, NY (www.NewYorkInjuryNews.com) – A single-engine plane crash Sunday, April 11, 2010 sent the pilot and only occupant of the plane to Westchester Medical Burn Unit, according to the Daily Freeman.

The plane landed in a wooded area and firefighters had hoses ready because of the extreme dryness of the woods and surrounding fields. Approximately 20 to 25 firefighters and emergency response personnel arrived at the airport after the 911 call. Along with the Union Vale Fire Department, Dutchess County Sheriff’s Office deputies and state police responded to the scene.

As of Sunday, Dutchess County Sheriff’s Office declined to state whether the plane caught fire upon impact, but photographs of the area showed evidence of fire.

Deputy TJ Hanlon of the Dutchess County Sheriff’s Office said investigators from the Federal Aviation Administration, (FAA) www.faa.gov, were at the scene on Sunday, and officials with the National Transportation Safety Board would continue their investigation. He told reporters the official report generally takes two weeks, but information could prove forthcoming before those two weeks.

This is the second crash in the region in a week.