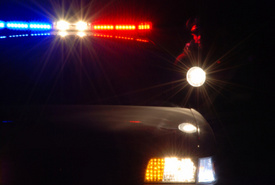 Philadelphia, PA (www.NewYorkInjuryNews.com) -Two men filed a suit against the Philadelphia Police Department, after an intoxicated off-duty officer opened fire on them for no apparent reason, as reported by the Philadelphia Enquirer.

On the night of March 26, 2010, Officer Thomas Schaffling allegedly opened fire into the open air after finding he was unable to find his car. He had just left a Tacony after-hours club, according to reports. The shots were aimed at nothing in particular, but managed to graze the arm of Richard Checchia, 29.

Checchia and his friend, Stanley Dawejko, 28, filed a suit against Schaffling, the officers who responded to the shooting and Police Commissioner Charles Ramsey.

The night of the shooting, responding officers arrested Checchia and Dawejko. Checchia, who required treatment for his gunshot wound at Aria Health’s Frankford campus, was cuffed to his hospital bed. After his release, he joined Dawejko in a cell for approximately 18 hours. During the incarceration period, Checchia was taken back to the hospital when his ear started to bleed, which was thought to be resultant of loud gunfire in close proximity to his head.

The police obtained a search warrant for Checchia’s car, citing “assault on police” as the basis.

Neither party was charged in the incident. Both have clean records.

Schaffling has acquired approximately 14 citizen complaints over his seven years of service. Most have claimed excessive force. He has also been involved in several high-profile scandals, such as the videotaped beating of three shooting suspects; a baby-shower debacle where officers allegedly used pepper spray and hit women and children; and the near-arrest of state Rep. Jewell Williams, D-North Philadelphia.

In every incident, Schaffling has been accused of not only brandishing a gun or baton, but threatening civilians with extreme obscenities. At the end of the ordeals, most of the citizens were accused of crimes and locked up while Schaffling walked away without reprimand.

Schaffling has been placed on desk duty, pending police investigation. He was unavailable for comment.

The suit describes Ramsey as a poster child for failed police discipline and “oblivious to the long-standing and ongoing problem of police misconduct.”