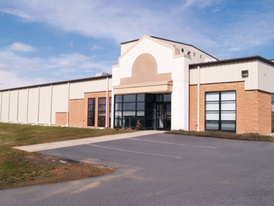 School van driver and aid charged with child neglect after leaving child in back seat.

Trenton, NJ (www.NewYorkInjuryNews.com) – Two workers were charged with neglect after a two-year-old medical needs boy was left in a van at for approximately 5 hours on Tuesday, April 6, 2010. The boy was a student at the Pediatric Day Health Center at Millhouse.

According to reports, the van driver, Michael Walker, 57, and his aid Julia Devalle, 20, picked up the boy at 8:30 a.m. Tuesday morning to transport him and several other children to the center. The boy, Ty’on Moore, suffers from chronic asthma and seizures.

Police reported the boy was left strapped in his car seat from approximately 9:20 a.m. until the driver found him there at 2:05 p.m. The outside temperature reached 87 degrees Tuesday, which was a record high.

The child was reportedly dazed, but awake upon being found. He was taken into the facility where aid was administered until emergency service technicians (EMT) from Trenton Emergency Medical Services arrived. He was then transported to the hospital and diagnosed with severe dehydration.

The aid was apparently a substitute. Ty’on’s aunt JoAnne Craig told reporters, “there is a routine that is followed, for an aide on a bus when it comes to children, and it seems to me that a light bulb should have went off in somebody’s head.”

The daycare has not responded to media requests as of April 7, 2010.