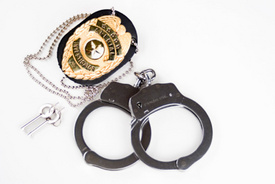 White Plains, NY (www.NewYorkInjuryNews.com) – Sleepy Hollow, NY Detective Jose Quinoy was charged Thursday, March 25, 2010, with a superseding indictment with one count of witness tampering, as reported by LoHud.com. This latest charge follows two counts of civil rights violations that were filed in April 2009.

This new charge stems from an incident on April 4, 2008, where, according to the indictment, Quinoy “did knowingly use intimidation, threaten and corruptly persuade another person…with intent to influence, delay and prevent the testimony of a person in an official proceeding.”

Mario Gomez is identified as Quinoy’s victim. The incident, which occurred October 17, 2006, supposedly stemmed from Gomez’s belief that the officer was romancing his daughter. Quinoy, who is married, has denied the allegations. Quinoy also faces charges for violating the rights of another man, Luis Vilches, in a December 2006 altercation. Both indictments claim Quinoy assaulted the men after they were under restraints and under officer control.

If found guilty, Quinoy faces a maxim penalty of 20 years for the witness tampering charge and a maximum penalty of 10 years on each violation of rights charge. In addition, a fine of $250,000 or twice the gain or loss resulting from the crime could be imposed.