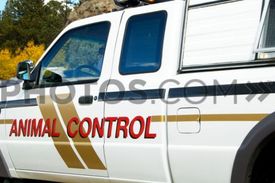 Lynn, MA (www.NewYorkInjuryNews.com) – Margaret Murphy, 76, of Lynn, Massachusetts was treated for wounds after being attacked by a pit bull Wednesday, March 17 shortly after 3:00 p.m. The woman was en route to visit her great grandson.

The afternoon of the attack, Murphy drove to Mall Street to visit the apartment of her extended family in hopes of spending time with her 10-year-old grandson, who lives with his mother and grandmother. Upon knocking on the door and receiving no answer, she took it upon herself to open it. The brown pit bull terrier lunched at the woman, lacerating her skin from head to toe.

Police were called and an ambulance took Murphy to Union Hospital where she received stitches on her face, right arm and right leg. While recuperating from home, she told police that “the pit bull just knocked me down in the hall and proceeded to bite me…I knew I would die unless they got the dog off me.” Murphy says Andre Carrisquillo, who was in the apartment at the time but does not live with the family, owns the dog. Andre is the 10-year-old boy’s uncle. Murphy further states that nobody is claiming the dog in attempts to protect Andre.

Michael Kairevich is the animal control officer who snared the pit bull and took it to the kennels at North Shore Animal Hospital. He said the dog was not neutered and had no documentation indicating its ownership or history of veterinary care. They are searching for the owner but everyone involved in the incident has been unhelpful. The police were given incorrect phone numbers.

The police and animal control officers are trying to find whether the dog was up to date on his rabies vaccinations. If the information is not provided, the dog will be euthanized so an autopsy can be performed.

Murphy states her fears, “I thought I was done for. Now I’m just waiting and worrying. I’d like to live a few more years.”

Police Lt. William Sharpe told reporters that responding officers were told Murphy showed up and opened the door without knocking.