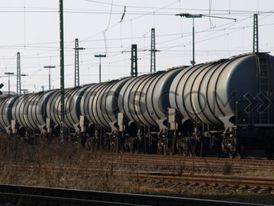 North Versailles, PA (www.NewYorkInjuryNews.com) – A crash between two Union Railroad trains early Tuesday, March 16, 2010, spilled a large amount of diesel fuel and killed one man. Police officers and hazardous materials crews arrived on the site in response, according to The Pittsburgh Channel.

According to reports, a train headed north crashed into a train traveling south at a merge point on the track, where trains are supposed to take turns. Police informed the press that the traffic signals were working.

Andrew Monheim, 54, of Plum, Pa., the engineer of the northbound train, was killed after being thrown from the train and buried deep under a load of iron ore pellets that spilled out of the southbound train. Authorities believe the crash was caused by a mistake on Monheim’s part or a medical condition that may have incapacitated him, but an investigation is still expected to be underway.

A total of 1,300 gallons of diesel gas was spilled as a result of the crash and a local reported hearing an explosion around 3:30 a.m. on the day of the collision. None of the gas leaked into the nearby Turtle Creek, and was contained by an environmental contractor on the scene.

The Federal Railroad Administration and U.S. Steel are investigating the crash. Video footage from cameras on both trains will be used to help determine the cause of the collision.