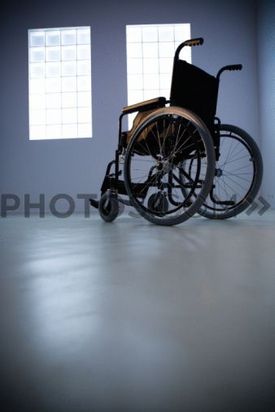 Father of a quadriplegic who died files suit against National Seating and Mobility.

Suffolk, MA (www.NewYorkInjuryNews.com) – Charlie Thompson, father of a South End quadriplegic man who died after his wheelchair malfunctioned during routine repairs, filed a suit against the company Monday, March 15, 2010, as reported by the Boston Herald.  The lawsuit against the company, National Seating and Mobility, demands $10 million for the unfair treatment of Thompson’s son, Jeffrey, and the disabled in general.

Jeffrey Thompson died at the age of 29, a day after his wheelchair malfunctioned as two technicians performed routine repairs. The technicians did not remove Thompson from his chair or disconnect the battery while performing the repairs. During the repairs, the wheelchair “jumped,” as stated in the suit, causing Jeffrey to become stuck under the table he was sitting at. He then experienced uncontrollable seizures. The technicians on the scene called Thompson’s personal care assistant, who had to tell them to call 911.

Thompson died the next day at the hospital.

Thompson was rendered a quadriplegic as a result of a car crash in which he was a passenger at age 17. He was known as an advocate for the disabled and volunteered for the Boston Center for Independent Living.

Jeffrey’s father stated any settlement money would go to the non-profit foundation named in his son’s honor, the JPT Foundation.