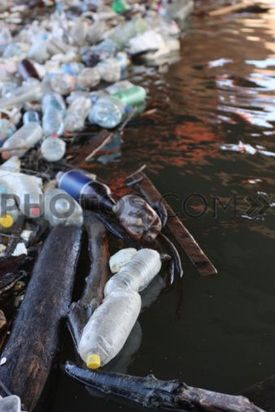 Cape May, NJ (NewYorkInjuryNews.com) – Thomas A. McFarland, 61, of Wynnewood, Pa., agreed to pay $100,000 in fines after pleading guilty on Monday, March 15, 2010, to one count of unlawful discharge of water pollutants. The charge, a plea deal stemming from the 2008 incident in which he dumped a bag of medical waste into the Jersey Shore, was downgraded from two third-degree counts that carried up to five-year penalties. Under the plea agreement, Deputy Attorney General Edward Bonanno said his recommendation will be to give McFarland one year probation when he is sentenced on April 30, 2010, as reported by Philly Online.

According to McFarland, the bag of medical waste was dumped from his motorboat into the Townsend Inlet at the north end of Avalon on August 22, 2008. Within 24 hours, the material appeared along 15 blocks of the Avalon beachfront. The waste consisted of hypodermic needles and other debris and washed up for a period of 10 days.  Seven towns closed their beaches and the Borough of Avalon spent approximately $60,000 in cleanup.

Investigators used serial numbers found on needles and a dental drill bit to trace the source of the debris. On September 2, 2008, shortly before police raided the dentist’s office, McFarland confessed to his crime and later pleaded not guilty to the charges. Through the investigation, no stable reason has been supplied for the motive.

The defendant’s first lawyer suggested McFarland had become “distraught to the point of mental illness” by his wife’s diagnosis of lung cancer. In December 2008, he checked himself into the Hampton Behavioral Health Center in Westampton Township, where a psychiatrist “determined to a reasonable degree of medical certainty” that he could not practice dentistry with “reasonable skill and safety to patients,” according to the Pennsylvania State Board of Dentistry. His license was suspended indefinitely and could be revoked.

During questioning on March 15, 2010, McFarland stated that he did not recall whether the needles, cotton swabs and capsules containing dental filling material had been used. He still has yet to offer a motive.