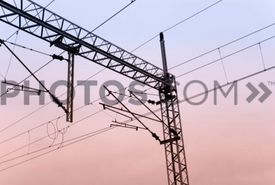 Moorisville, PA (NewYorkInjuryNews.com) – A moving train caught fire on Saturday, March 7, 2010 around 5:30 p.m., causing serious damage to electric lines and temporarily shutting down service. The train was headed northbound through Lower Bucks County on tracks used by Southeastern Pennsylvania Transportation Authority (SEPTA) www.septa.org, Amtrak and NJ Transit. Amtrak officials said the fire aboard the SEPTA train, which occurred in the train’s engine, caused damage to the catamaran electric lines that power the tracks. NJ Transit is still investigating the cause of the fire.

The fire started at approximately 5:30 p.m. on Saturday, March 7, 2010. According to SEPTA, Amtrak forbid the train to make stops at nearby Levittown train station. People living near the tracks noticed the fire and called local police. Finally stopping in Morrisville, west of Pennsylvania Avenue, fire police blocked all areas of access to the area and put out the engine fire.

The train was carrying 62 passengers and five crew members. There were no reports of serious injuries. One person was taken to the hospital with minor bumps and bruises and later released.

At a press conference, Amtrak spokeswoman Karina Romero said she had no idea how long it could take to repair the catamaran power lines. SEPTA officials said they did not know why Amtrak blocked the Levittown station from them. The train that caught fire provides transportation from New York City to the casinos and hotels in Atlantic City.