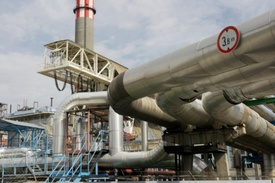 Middletown, CT (NewYorkInjuryNews.com) – The Middletown Kleen energy plant explosion victims have requested that any related evidence to the site of the blast be unaltered until experts and their attorneys can examine it, announced the Hartford Courant, March 2, 2010.

The four workers attorney’s stated that they needed “ ‘to examine critical evidence regarding the cause of the explosion and any negligence or carelessness’ that might have resulted in injury or death”. The blast that tragically claimed the lives of six workers and injured 26 more allegedly occurred due to a buildup of natural gas ignited by unknown causes.

Three of the victims, identified as Joseph Scovish and Kenneth Meloney, and Dennis Riley, reported that they might sue the owners and the builders for damages. The three workers were knocked unconscious during the explosion and sustained injuries that have prevented them from working.

Another worker, Peter C. Chepulis, was fatally injured when the explosion occurred. He was inside the power block building at the time. O & G Industries of Torrington was the general contractor on the power plant, which was 90 percent complete when the fatal explosion occurred. The four victims were all subcontracted to work at the plant.