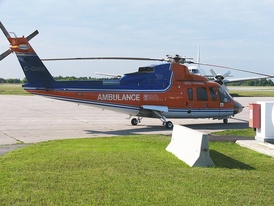 Lower Merion, PA (NewYorkInjuryNews.com) –Township police reported to the scene at 3:44 p.m. Monday afternoon, March 1, 2010, where a construction worker was pinned by a lift that fell at the high school building causing the worker a possible traumatic brain injury (TBI), reported the Philadelphia Inquirer.

The worker sustained injuries when a “high lift” fell on top of him at Lower Merion High School, which was undergoing renovations. Responding police reported that it appeared the construction worker had not sustained life-threatening injuries due to the fall. The worker had been conscious when emergency medical services (EMS) arrived.

The injured man was taken via medical helicopter to be treated at the Hospital of the University of Pennsylvania. Officials reported that doctors and nurses treated the unidentified worker for facial injuries and a potential TBI.

Investigating police stated that the worker was injured when the bucket lift with a base of motorized four-wheels, tipped over for unknown causes. Other workers saw the man trapped underneath the large machine and they quickly pulled him to safety. The School district representative stated that the lift was in the process of being relocated to be closer to the swimming pool, which was also under construction, when it toppled over and injured the worker.

It was not reported if the Occupational Safety and Health Administration (OSHA) www.osha.gov/ would be conducting an investigation into the construction accident.