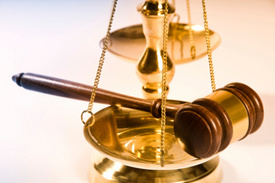 Medford, MA (www.NewYorkInjuryNews.com) – Yet another lawsuit has been filed against Toyota Motor Sales USA Inc. A devastated widower claims that his wife was killed in a single vehicle crash due to an unintended acceleration in the couples 2010 Toyota Camry.

The Medford man was left seriously injured, and unable to work, and his wife was killed on October 18, 2009 when their 2010 Toyota Camry accelerated and crashed.

The 49-year-old man, identified as Gerald Murphy, has filed with an attorney seeking a jury trial and $20 million claiming that Toyota sold him “a defective and inherently unsafe vehicle”.

Massachusetts State police gave an account of the fatal and tragic accident. It was reported that Gerald Murphy was driving with his wife on Interstate 93 in Medford, when the vehicle suddenly crashed in the early morning of October 18. Police investigators said that the car swerved and crashed through a guardrail, crossed four lanes of traffic and slammed into a concrete barrier.

Court records showed that the Murphy’s were heading home with their four children when the fatal crash occurred at 12:15 a.m. The car accelerated after Gerald had taken his foot off of the accelerator and he quickly stepped on the brake, which did nothing to slow the vehicle. An ambulance transported his wife, Marianne Murphy, to the hospital where her injuries proved fatal.

The Corporation has already recalled 8:5 million vehicles since 2009 for defective accelerator pedals that become stuck to the floor mats and have caused multiple unwanted and fatal accidents.