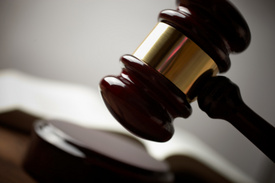 The plaintiff, Audrey Singleton, a mother of three and a retired school bus driver, began taking Prempro, a hormone therapy drug, in August 1997. She took the drug up until January 2004, when she discovered she had breast cancer. She took the company to court, and was awarded $3.25 million in compensation for damages and $6 million in punitive damages— a total of $ 9.45 million dollars –through a jury decision in Common Pleas Court in Philadelphia.

“We believe that there is no basis in fact or law for either the liability verdict or punitive award in this case,” the company stated. Singleton’s attorney said she was pleased with the final verdict and reported that her client’s cancer was in remission. Thus far, 8,000 people who have use the hormone therapy drugs created by Pfizer’s Pharmacia & Upjohn unit, have filed suit against the company. The drug, which has been prescribed to more than 6 million women, was taken to relieve symptoms such as hot flashes and mood swings.